Not even one of my good friends from high school knew what I thought was common knowledge about Back in Action Physical Therapy in San Diego.  I had treated her back pain a few years ago while she was visiting her parents in San Diego.  Her pain got better, and she went home.  A couple of years later she was having pain again, and it wasn’t getting better with chiropractic care or massage.  I asked her if she had considered physical therapy.  Her answer surprised me. 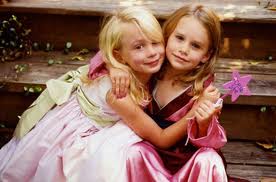 She wasn’t the only one who had a limited view of who was a good candidate for physical therapy.  A few years ago a gentleman in his young 70’s came to see me.  The first words out of his mouth were something to the effect that he didn’t really belong in physical therapy; not when there were so many people worse off than he was.  He goal was to be able to play ball with his grandson.  Although he could barely move his arm, we had him back to playing with his grandson in a few visits.  A couple of years later he saw me out on a run.  He pulled to the side of the road and got out of the car; waving at me with his pitching arm.  He was happy to have found a long term solution!

What Is Physical Therapy In San Diego?

Back in Action Physical Therapy in San Diego and the rest of the country is a far cry from the glorified coach in the Hollywood version.  Physical therapists unlock the healing potential.  Where there is lack of motion, we restore mobility.  In this high tech era, it’s revolutionary.  It’s difficult to explain, but patients love it.  So whether you have pain in the shoulder from tendonitis, bursitis or even a rotator cuff tear, back pain, disc disease, arthritis, knee pain, neck pain, carpal tunnel, tennis elbow, golfer’s elbow, plantar fasciitis, sciatica, sacroiliac pain, an ankle sprain, metatarsaligia, or any one of a myriad of aches and pain; a solution is just a phone call away.

We specialize in treatment programs with proven results to get our patients better as quickly as possible. Our advanced programs will promote a fast recovery and full return to daily activities. We use revolutionary methods to unlock the healing potential within by targeting the source of pain for long-lasting relief and high quality of life. If you are limited by pain or injury we can help. Our facilities, expertise, and commitment will help restore the quality of life you desire faster and … END_OF_DOCUMENT_TOKEN_TO_BE_REPLACED